Eskom has announced that the rotational load shedding it first notified South Africans of yesterday, and which they said this morning would take place from 9am until 10pm, has now moved from Stage 2 to Stage 4. This means 4,000MW will be shed, double what was initially expected.

The power utility says in a statement the reason behind this is that they have lost an additional six generating units since this morning “unexpectedly”.

Stage 4 is the severest form of load shedding, and could mean blackouts with no warning and outside of the usual schedule. It is a sign that a total national blackout could be imminent, as it is the utility’s “last resort” in terms of attempting to avoid this. South Africa’s power problems have not escalated to this level since 2008. 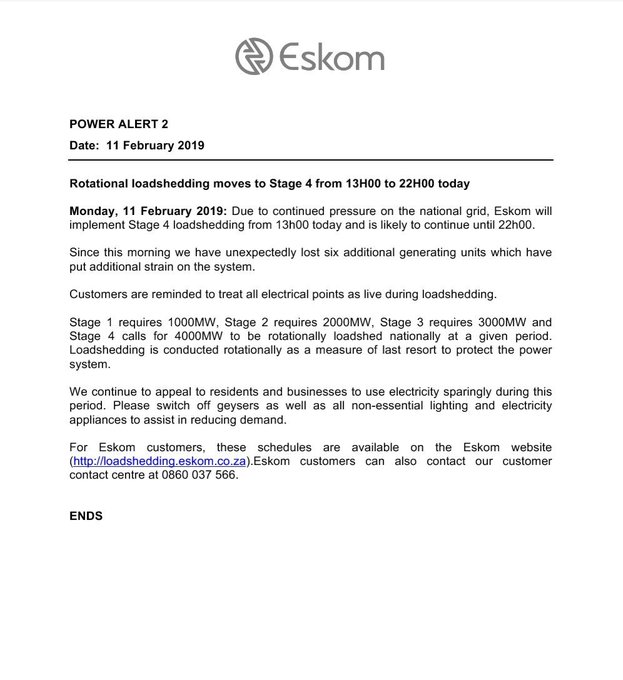 Eskom announced on Monday morning that stage 2 rotational load shedding would continue today from 9am until 10pm, after the dreaded shed returned with a vengeance again yesterday afternoon. 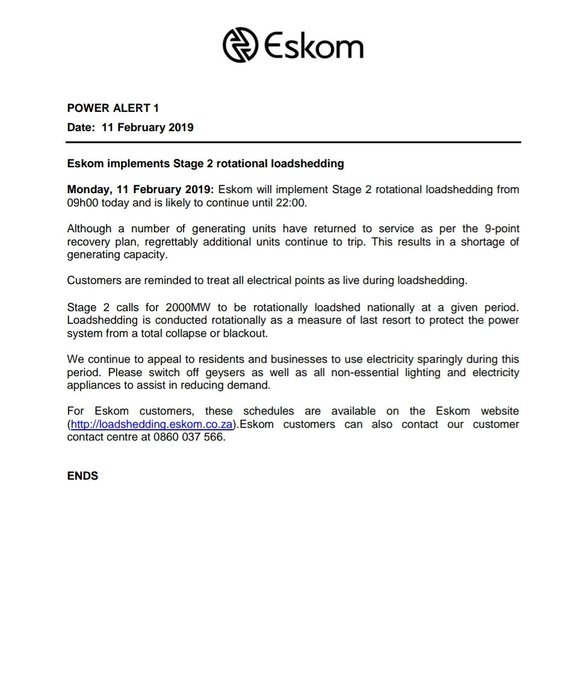 According to the struggling power utility, this had been “as a result of a shortage of capacity”. Eskom also said they needed to “replenish and preserve emergency water and diesel resources to limit load shedding possibility or magnitude thereof in the following week”, said a statement from the parastatal.

On Monday they said they were still experiencing the problem of generating units tripping, which was hampering power output. 2,000MW would therefore need to be shed to protect the power system from total collapse.

Spokesperson Khulu Phasiwe said there had been plant breakdowns.

NOTICE: Eskom will implement stage 2 loadshedding from 9am to 10pm today. The power system remains constrained following a number of plant breakdowns yesterday.

I meant there is a high probability of loadshedding from tomorrow as well.

107 people are talking about this

The embattled utility has again appealed to residents and businesses to use electricity sparingly and switch off geysers as well as “all non-essential lighting and electricity appliances to assist in reducing demand”. 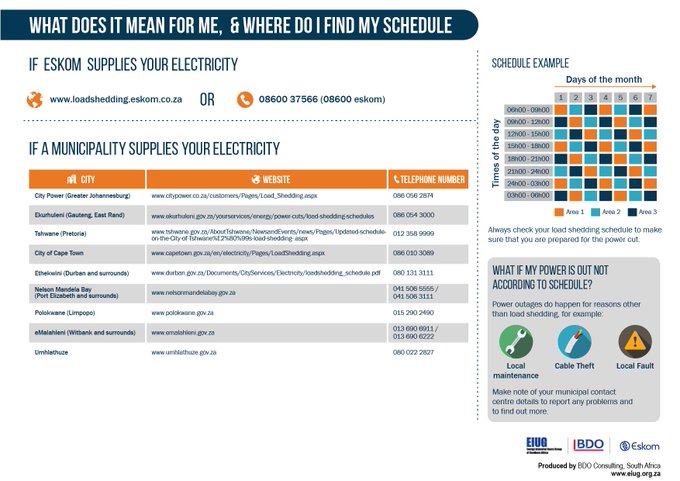